Eleusis or Elefsina is a suburban town, 21 km northwest of the center of Athens Greece.

The coastal part of Eleusis sits right across from Salamina island and Eleusis is on the road from Athens to the Isthmus of Corinth (Corinth Canal).

Eleusis was chosen as a European Cultural City for 2023, because of its unique characteristics as a Greek city.

The final goal of making Eleusis a European Cultural City for 2023 is to establish Eleusis as a dynamic cultural center in the region with a sustainable future and improved quality of life.

In ancient Greece, Eleusis was one of the most important sanctuaries of the ancient world. Eleusis, actually, was one of the five sacred cities in Greece and the birthplace of the great tragic poet Aeschylus (born in 525 BC).

Eleusis was also the location of one of the most famous ancient rituals: The Eleusinian Mysteries.

The modern town of Elefsina, over the last decades, was transformed from a small seaside town to a heavy industrial center with a nearby establishment of the largest oil refinery in Greece.

About 30% of Greek GDP is produced in Eleusis and the surrounding areas.

Eleusis heavy Industrial development happened in the 1960s and 1970s, in a quite destructive and unregulated manner that affected negatively the lives of the locals, the town, the archaeological site, and the environment: pollution, major degradation, low standard of living, and destruction of the natural environment of Eleusis.

A lot of protection and cleansing measures have been taken to reduce the negative impact since then, and Eleusis today is in a much better condition than in the past.

Still, the town is far from ideal for the locals.

The Eleusis title of a European Cultural City for 2023 will act as a catalyst for a series of developments at the national, local, and European levels.

In other words, the vision is to make Elefsina a new town both in the way it looks, and the jobs available, and focus on cultural development, since the town has rich cultural resources.

The strategic plan is to focus on Eleusis’ four main pillars: Civilization, People, City, and Environment.

Τhe Myth behind the Eleusinian Mysteries

According to Greek mythology, Plutonas, the god of the Underworld, abducted the beautiful Persephone, daughter of Demeter, goddess of agriculture, and made her his wife.

Demeter angrily left Olympus, came to Eleusis, and swore that nothing would grow on the earth until she saw her daughter again. Famine began to plague the world, so Zeus was forced to intervene. After negotiations, they came to the following solution: Persephone will be spending 6 months with her husband and the rest with her mother on earth.

This is a beautiful story invented by the ancient Greeks to explain the cycle of the seasons. As for Eleusis, Demeter rewarded the town by teaching the successors of the royal throne the “Mysteries”, which gave the city glory and wealth, making it one of the five great destinations of Antiquity.

Besides Eleusis, the other 4 Ancient Greek Sacred cities were Athens, Olympia, Delphi, and Delos island.

What exactly were the Eleusinian Mysteries?

The Eleusinian Mysteries were celebrated during the month Voidromionas (September – October) and lasted for nine days.

The Eleusinian Mysteries or the Mysteries of Demeter, goddess of agriculture, and her daughter Persephone (goddess of spring and the queen of the underworld) became first popular around the 6th century BC.

The Mysteries continued for a total of 1000 years until Christian Emperor Theodosius banned them in 392 AD.

During the Eleusinian Mysteries, humans became one with nature and experienced its greatest mystery, the mystery of life and death.

Essentially, the Mystai (the active participants in the Mysteries) learned not to be afraid of death and to accept it as part of the life cycle and as a step towards rebirth, just as it happens in nature: the plant dies but the seed gives it a new plant.

What happened in the Eleusinian Mysteries?

“Eleusinian Mysteries core was the myth of Persephone’s abduction and the mystai, probably through a symbolic re-enactment of the “death” and “rebirth” of Persephone and other sequences of steps, claimed a better life after death.

What, exactly this mystic ritual was, no one knows. Because of its secret character, the participants are forced not to reveal the form of this holy celebration. However, we do know that after the ritual, all the mystai were relieved from the fear of death” (Source: https://www.efada.gr/en-us/Archaeological-Sites-Monuments/Eleusis).

The ritual of Eleusinian Mysteries began when the sacred objects arrived at the small sanctuary of Demeter on the northern slope of the Acropolis in Athens which were hosted for a few days.

The mystai participated in a purification ceremony which included a sea wash in Faliron, made sacrifices, and began fasting and meditation.

On the fifth day, a religious procession was formed and they would walk the 21 km to Eleusis.

A short stop would be made at the Sanctuary of Aphrodite a bit further from the UNESCO monastery of Daphni on their way to Eleusis.

They would arrive in Eleusis each one of the mystai holding a torch and the scholars assume that the night passed with dances around the «Kallichoron well».

After the offering of the sacrifice in Eleusis, the mystai interrupted the fast by drinking the kykeona, a mixture of water, flour, and a type of herbal tea (fliskouni).

The rites that they performed in the Telesterion – the Temple of Demeter – remain a secret. What we know for sure is that the mystai swore that they would never reveal the rituals of the sacraments to anyone, and that is why we do not know many things.

Who could participate in the Eleusinian Mysteries?

The celebration within time takes a Panhellenic character while many more pilgrims visit Eleusina from all over Greece. According to Homer, the Mysteries were attended by women, men, and children irrespective of their social class, race, or place of origin.

However, the barbarians (those not speaking Greek) and the murderers were not allowed to participate.

The Archaeological Site of Eleusis

The Archaeological Site of Eleusis holds world cultural heritage value. The main monuments that you can see today are:

The temple of Demeter and every sacred site in Eleusis were destroyed by the Arian Christians in 396 AD, leaving only ruins and rubble. In eastern Attica, there were three other important places of worship:

Are you interested in a day tour of Elefsina, UNESCO Daphni Monastery and Ancient Corinth? We can plan your trip and organize everything:

Eleusis is the city with the most inactive industrial spaces that are inextricably linked to its economic and cultural identity and are included, due to their high historical and aesthetic value and their remarkable architecture, in the cultural heritage of Elefsina.

Some of the buildings are being used in artistic projects such as the Aisxylia Festival, the oldest, largest, and most prestigious art festival in Elefsina operating since 1975.

The festival is under the auspices of the Ministry of Culture and Sports & the Hellenic Tourism Organization.

The Old Olive Mill hosts today’s cultural events but part of it will be turned into the new Elefsina museum. By 2023, Eleusis will have been through major makeovers, which hopefully will make it a much better place for people to live in.

Where to Stay in Elefsina

Elefsina Hotel, is a 4-star hotel, near the archaeological site, in a quiet urban location approximately 30 minutes from the port of Piraeus, with a swimming pool, good-sized rooms, very comfortable beds, a large continental breakfast, and very helpful staff.

How to Get to Elefsina

Elefsina is about half an hour’s drive towards the Peloponnese from Athens although some mornings it gets more traffic. There is public transport available at a low cost from the center of Athens.

However, the most convenient is to have your own car and stop whenever you want for as long as you want without stress about bus timetables. 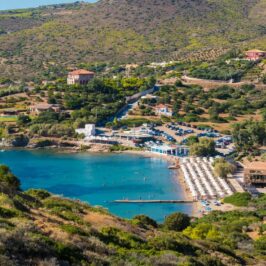 Updated January 19th, 2023 by Travel the Greek Way Are you looking for the best... 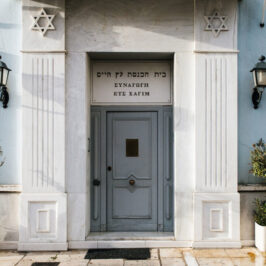 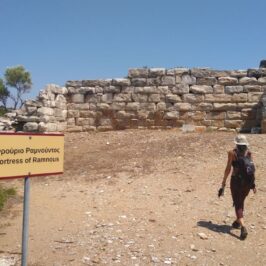 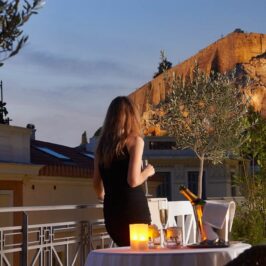 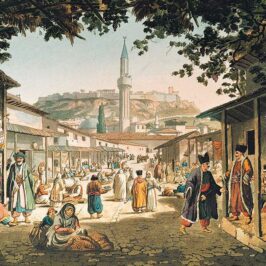